A fantastic Thanksgiving appetizer or side!

2. Rinse leeks well. Heat 2 tablespoons oil in a large skillet over medium heat until shimmering. Cook leeks, cut sides down, until beginning to brown, about 5 minutes. Turn leeks over and add water, season with salt and pepper then gently simmer, covered, just until leeks are tender, about 15 minutes. Cool.

3. Preheat oven to 400°. Drain potatoes and squeeze in handfuls, squeezing out water. Toss with remaining oil and season with salt and pepper.

4. Roll out dough on a lightly floured surface into a rectangle about 12 x 16 inches. Dough should be about ⅛-inch thick. Slide onto a cookie sheet. Chill briefly if very soft.

5. Spread dough with crème fraîche leaving a 2-inch border all around. Season with salt and pepper and scatter with half of cheese then potatoes, leeks, pancetta, and remaining cheese. Fold border up and over and brush with butter or olive oil. Bake until tart is golden brown, about 40 minutes. 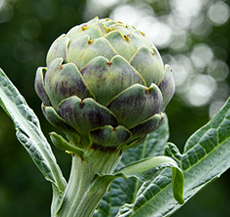 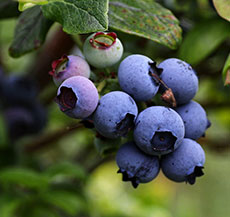