A delightful spin on the classic stew, this time slathered on toasted bread as a starter!

Method:
1. Preheat the oven to 400°. In a large roasting pan, toss the tomatoes, eggplant, squash or zucchini, pepper, onion and garlic with red pepper flakes, olive oil, balsamic vinegar and a healthy pinch of salt and pepper. Bake for 45-55 minutes, or until the vegetables are tender and lightly browned and the tomatoes have released their juices. Stir the vegetables halfway through cooking, and then toss again once they have been removed from the oven.

2. Remove the vegetables from the oven and increase the temperatures to a broil. Lightly brush each slice of bread or focaccia with olive oil. Place them on the upper rack of the oven and toast until lightly browned, 1-2 minutes.

3. Top each toast with a generous portion of the ratatouille mixture, and then add a little crumbled feta or dollop of ricotta on each. Garnish with the basil and season with additional salt and pepper to taste.

Seasoned with slivered garlic, this Bon Appetit recipe is a favorite for enjoying fresh peppers.

2. Add whole peppers and ¼ teaspoon coarse sea salt; stir constantly until peppers are blistered over half their surface, occasionally shaking skillet, about 2 minutes. Add thinly sliced garlic and continue to stir constantly until the peppers are blistered all over, about 2 minutes longer (some will be soft and some will be slightly firm, depending on size).

Method:
1. Muddle the basil leaves and cucumber chunks in a cocktail shaker along with about a half tablespoon of simple syrup. Add the gin, lime juice, and a few drops of the hot sauce and shake with ice. Strain into a glass over fresh ice and enjoy!

A kick of honey lends a sweet touch to the salty cheese; serve with grilled bread crostini!

Method:
1. Preheat the oven to 400°. Place the feta in a small baking dish and drizzle the olive oil over the top. Bake until the cheese is soft to the touch, but not melted, about 8 minutes.

2. Remove the feta from the oven and preheat the broiler. Drizzle the honey over the cheese, and then return to the oven and broil until the cheese is golden brown and bubble, about 2-3 minutes.

3. Remove from the oven and season generously with pepper. Serve immediately with the grilled bread crostini. 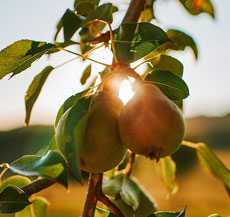 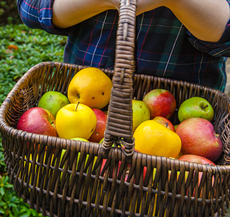