This unique flavor combination is accented by salty pistachios.

Method:
1. Preheat oven to 425°. Place Brussels sprouts on a baking sheet and drizzle with olive oil, then sprinkle with salt and pepper. Then, place pear halves, cut sides-down, on the baking sheet, making sure there is enough oil to coat their cut surfaces.

3. Add pistachios to the pan to toast slightly, removing the baking sheet from the oven after 5 minutes. Squeeze lemon juice directly over all the ingredients, then use a spatula to roughly chop pear halves. Toss thoroughly, check for seasoning, and serve warm.

Tossed with a light balsamic vinaigrette, this crisp salad is both bold and beautiful.

Method:
1. In a small bowl, whisk together olive oil, balsamic vinegar and garlic until well combined. Season to taste with salt and ground pepper.

2. In a large serving bowl, combine Mizuna greens and apple and pear slices. Toss with about half of the vinaigrette, adding more to taste as desired. Crumble blue cheese over top, season generously with black pepper and serve.

Crisp apples, sweet-and-mellow pears, vibrant peppers and more: Fall is officially here! As the weather starts to cool, the farmhouse kitchen is heating up as we incorporate this bounty of produce into dishes indicative of this culinary-friendly season. Tie on an apron and get started in your own kitchen this week with ingredients for a cozy autumn brunch: Certified-organic buckwheat flour for incredible crêpes, both Snohomish Bakery granola and cinnamon-raisin bread, smoky bacon and farm-fresh eggs, plus Italian prosecco and a quartet of locally-crafted cocktail shrubs—cheers to fall!

Here are a few recipe ideas for the week:

Buckwheat Crêpes
Once you perfect the technique here, start playing with your favorite fillings. This week we suggest a helping of cinnamon-kissed orchard fruit, quince-ginger compote or savory bacon!

Sautéed Fall Orchard Fruit
Kissed with fragrant cinnamon and brown sugar, these are sublime on waffles, pancakes or crêpes.

Quince-Ginger Compote
Another fantastic filling option for this week’s crêpes.

Roasted Potatoes, Peppers & Onions
These easy roasted veggies are a great brunch side dish. (Or, try topping a hearty serving with a poached egg for a satisfying entrée.)

Slow-Roasted Celery
This unexpected side is sure to be a new favorite. 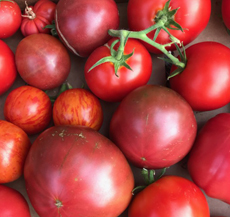 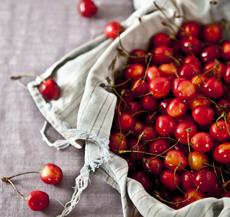 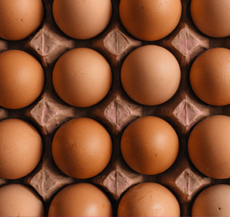