This light, fresh dish is fantastic on tacos, pulled pork sandwiches or simply served as a summery side.

Method:
1. In a small bowl, whisk together the sour cream or crème fraîche with milk and lime juice. Season to taste with fresh ground pepper.

2. In a separate bowl, combine cabbage, fennel, carrots and cilantro. Drizzle with dressing, tossing to coat. Season with more pepper as desired and salt to taste.

This creamy side dish from Martha Stewart is an excellent alternative to traditional mashed potatoes.

Method:
1. Combine cauliflower and water or chicken stock in a medium saucepan, and bring to a boil over high heat. Reduce heat to a simmer, and cook until cauliflower is very tender, about 10 minutes.

This recipe elevates spring salad onions from garnish to stunning side dish.

Method:
1. Heat grill to high. Place onions on a sheet pan and drizzle with olive oil to coat. Squeeze the juice of half the lemon over the top then sprinkle with the pepper flakes and season with salt and pepper. Toss again to spread out the seasonings.

2. Grill onions until the white flesh is soft and just beginning to char. Remove from grill and squeeze a little more lemon juice over top and garnish with chopped oregano.

Also tossed with brown sugar and apple cider vinegar, this warm side is sure to wow.

Method:
1. In a large skillet over medium-high heat, cook the bacon until most of the fat has rendered and the meat is crisp. Remove to a paper towel-lined plate and reserve. Drain all but 3 tablespoons of the drippings from the skillet. Meanwhile, shave the trimmed Brussels sprouts using a box grater or mandoline.

2. Add the diced shallots to the skillet and cook, stirring, until translucent, about 5 minutes, then add the mustard seeds and stir to coat with the oil. Add the shaved Brussels sprouts to the pan and cook, again stirring until sprouts just begin to wilt, about 1-2 minutes. Add the apple cider vinegar and brown sugar and toss thoroughly to combine.

3. Remove from the heat and transfer to a serving platter. (Be sure to scrape up all the delicious browned bits from the bottom of the skillet when doing so!) Crumble the bacon over top and add the apple slices. Serve warm or at room temperature. 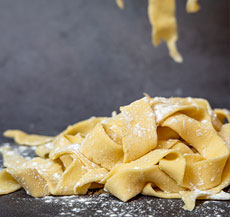 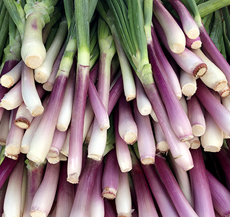